The pearl in the centre of Plovdiv

Feel the unique spirit of Plovdiv by choosing an unique place for your stay. Boutique Guest House COCÓ is situated in the perfect centre and the creative heart of Plovdiv - Kapana Creative District, in quiet and nice neighbourhood to guarantee you the chance of full rest from the dynamic rhythm of the day. All the rooms in the hotel are designed in classic style, but every one of them is furnished in different way and has its own atmosphere. Cosy combination of luxury and comfort, which will make you feel at home. And for sure, Plovdiv will make you want to come back here again and again.

Kapana District is the creative heart of Plovdiv and is situated in the very centre of the city. Built once upon a time as a centre of the crafts around Kurshum Inn, the district nowdays is unusual mosaic of little streets, named after all kind of crafts. Close to Kapana you can visit such major sights like Djumaya Mosque, ancient roman stadium, the old town.

After Plovdiv was elected to European capital of the culture 2019, Kapana district began to restore its nature of distcrit of the creative industries. The place is home for all kind of performances, exhibitions and festivals.

Plovdiv is the second largest city in Bulgaria,a city of rich history and modern technology in one place, international exhibitions and cultural events.

Feel the spirit of Plovdiv

Every room is designed in classic style, but has its own unique atmosphere, so that you can feel like home in our hotel.

LOOK AT THE ROOMS

This single superior room combines coziness and luxury with elegant classic style and unique design. The room has everything necessary for you to enjoy full comfort during your stay – pleasant view to the city, cosy sitting corner, wardrobe, TV with plane screen and satellite channels, air-condit... 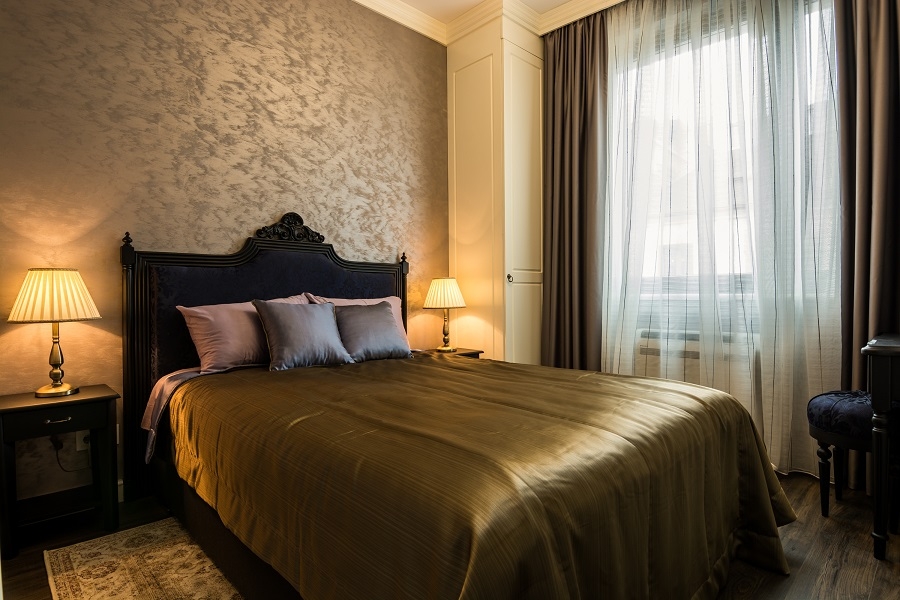 The double Delux room offers double dose of classic style and comfort in combination with balcony and city view. As all the rooms this has its own unique design and all the necessary for your comfortable stay - extended bed (>2 metres), cosy sitting corner, wardrobe, TV with plane screen and sate... 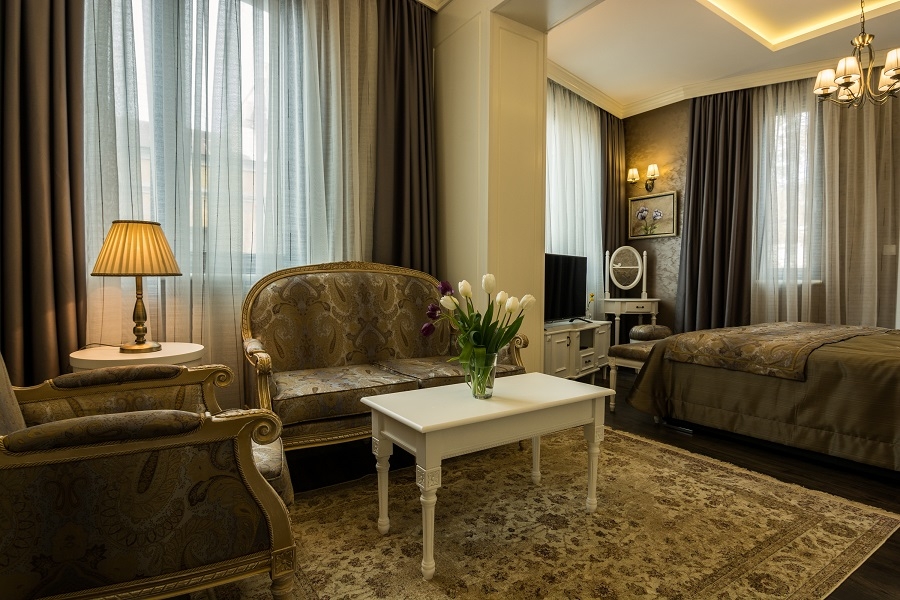 This double delux room is a classical and elegant piece of jewellery, which will provide to you all the necessary facilities for comfortable stay - pleasant view to the city, extended bed (>2 metres), cosy sitting corner, wardrobe, TV with plane screen and satellite channels, air-conditioner, toi...

This single superior room follows the classic style of the design of all the rooms, but has its own unique individuality. The room has all the necessary facilities for comfortable and cozy stay - pleasant view to the city, cosy sitting corner, wardrobe, TV with plane screen and satellite channels... 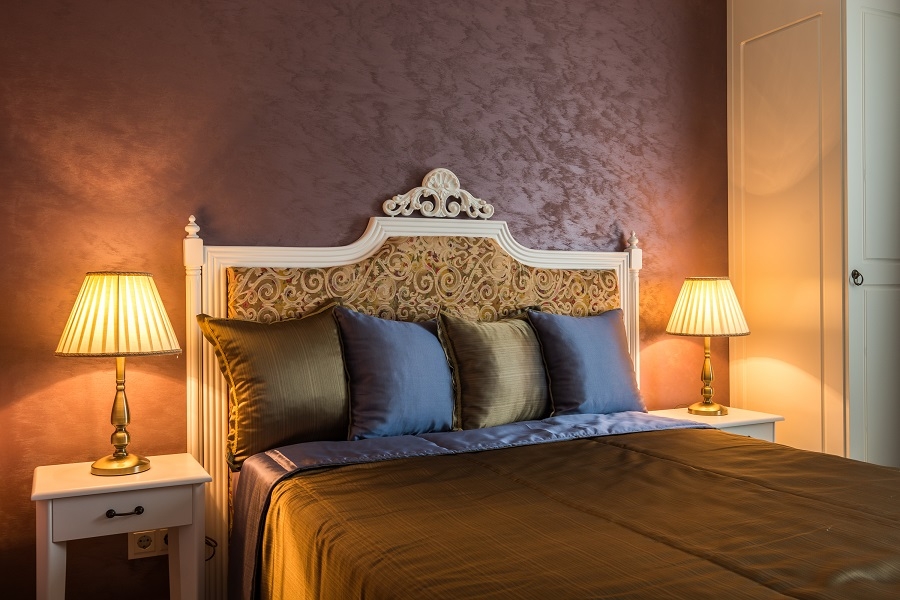 This double room has its own unique atmosphere, stylish and comfortable. You`ll feel like home thanks to the pleasant view to the city, extended bed (>2 metres), cosy sitting corner, wardrobe, TV with plane screen and satellite channels, air-conditioner, toilet-set, towels, bathroom with shower. ... 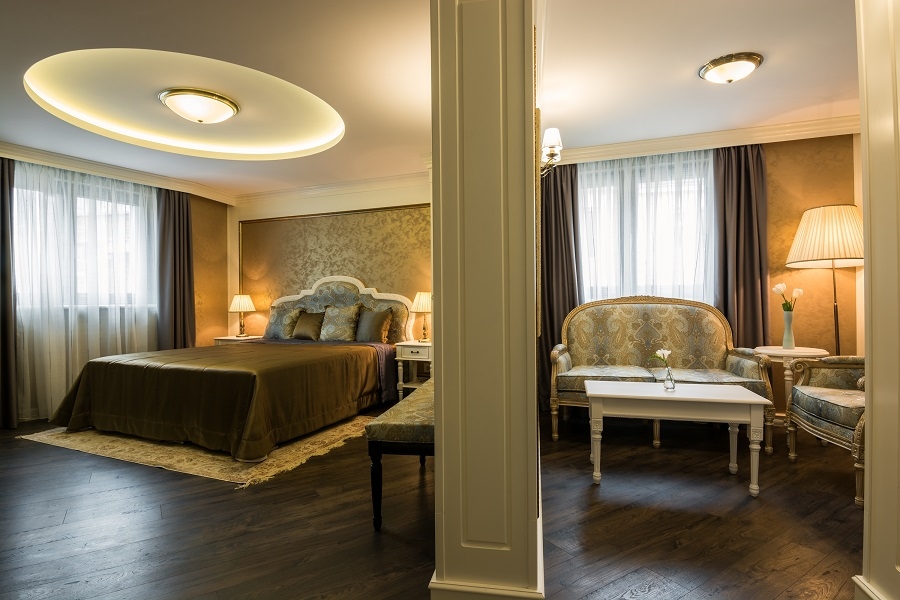 Our only single room is a combination of luxury, style and individual approach to design, so that you can feel completely comfortable during your stay. Enjoy the pleasant view to the city, extended bed (>2 metres), cosy sitting corner, wardrobe, TV with plane screen and satellite channels, air-co...

This double delux room will fascinate you with its elegant classical look, combined with all the necessary facilities for a full comfort. The room has pleasant view to the city, extended bed (>2 metres), cosy sitting corner, wardrobe, TV with plane screen and satellite channels, air-conditioner, ...